Why Adapt When You Can Evolve?

Why adapt when you can evolve? I know this is not an original thought of mine, but I do recall when it came to me personally, kind of like a little epiphany. I know that in our culture being adaptable is highly praised, and it absolutely has its place. So, I’m not discounting the value of being adaptable. However, the good stuff really comes when you go from adapting to evolving. From the place of evolving, we create inventions, we develop innovations, we transform into new versions of ourselves, and we update our processes in such a way that we lead a situation rather than just react to it. When we’re only adapting, we are good at staying functional in a situation that’s swirling around us. When we evolve, we create our own situations so that they fit what we want, what we need, and where we want to go.

There’s a huge difference. For me personally, I look back, and a specific time that comes to mind is the Great Recession that happened around 2008, 2009. Here in the U.S.,, we suffered greatly in terms of the economic realities that we were facing. At that time, I was working for an agency based out of the Chicago area, working from a home office in another state. That had gone well for about eight and a half years. But during that Great Recession, the agency that employed me started to struggle, and the clients that we provided our service to were beginning to struggle. So, in that moment, a way to be adaptable is to have your salary reduced, you know, that kind of thing, or pull back on expenses, whatever. But rather than just adapt in the moment, there was something in me…I wish I could say it was conscious wisdom…but it was really like an internal script that kicked in, and I knew, it was time to evolve my situation.

Stemming from the drama of the Great Recession, I ultimately launched my own business and became fully independent. And frankly, I’ve never done better financially than when all that came down. And I ultimately went into business for myself. That was a time that I look back and I realize I didn’t just adapt. I did evolve. And that was for the better. At the time I’m recording this, we’re dealing with the ramifications of a long-standing global pandemic. So I see a lot of businesses adapting in the moment, very reactionary. And that is completely understandable. We’ve all had to respond because this was completely unexpected. However, as this has now been going on for many months, and we look ahead and realize that the long-term outcomes are very real and lasting, it’s time to evolve.

There are some industries that, on the flip side of all this happening now. Will be less viable. How do people in those industries manage? You can’t just adapt. You’ve got to evolve. There’s got to be a next chapter, whether that means taking your industry in a different direction or a new direction, or it means individuals within that industry finding new opportunities. I don’t know; again, evolution needs to be based on the circumstances that you want to create, that you’ve defined rather than just reactively responded to that which you’re, um, caught up in the midst of.

We progress in the evolution, and the answers are in the actions. So start taking those steps. You may not even know quite where you’re headed or what those steps need to be, but I assure you answers exist in the action that you take.

As we all seek to evolve and not just adapt to a situation, I’m calling this thing that we’re dealing with at the time that I’m recording this…some people are talking about the ‘new normal’… I’m calling this the ‘renewed normal.’
Whenever there’s a big change, a circumstantial change that was outside of my control throughout my life, I have found that it actually can lead to some really amazing progress for me personally. A lot of times, the circumstances that are swirling around me, that I have no control of, are not pleasant. They are never what I would have wanted to write into the script of my life. They are never what I would invite or impose on myself. But the reality is, life just comes with some stuff. So for me to grow as a human being, to not go into fight-flight-or-freeze mode, I need to think ahead and progress and realize this is part of my story. I’m heading somewhere, and, in the midst of challenges, I’m getting better.

So, again I ask: why adapt when you can evolve? 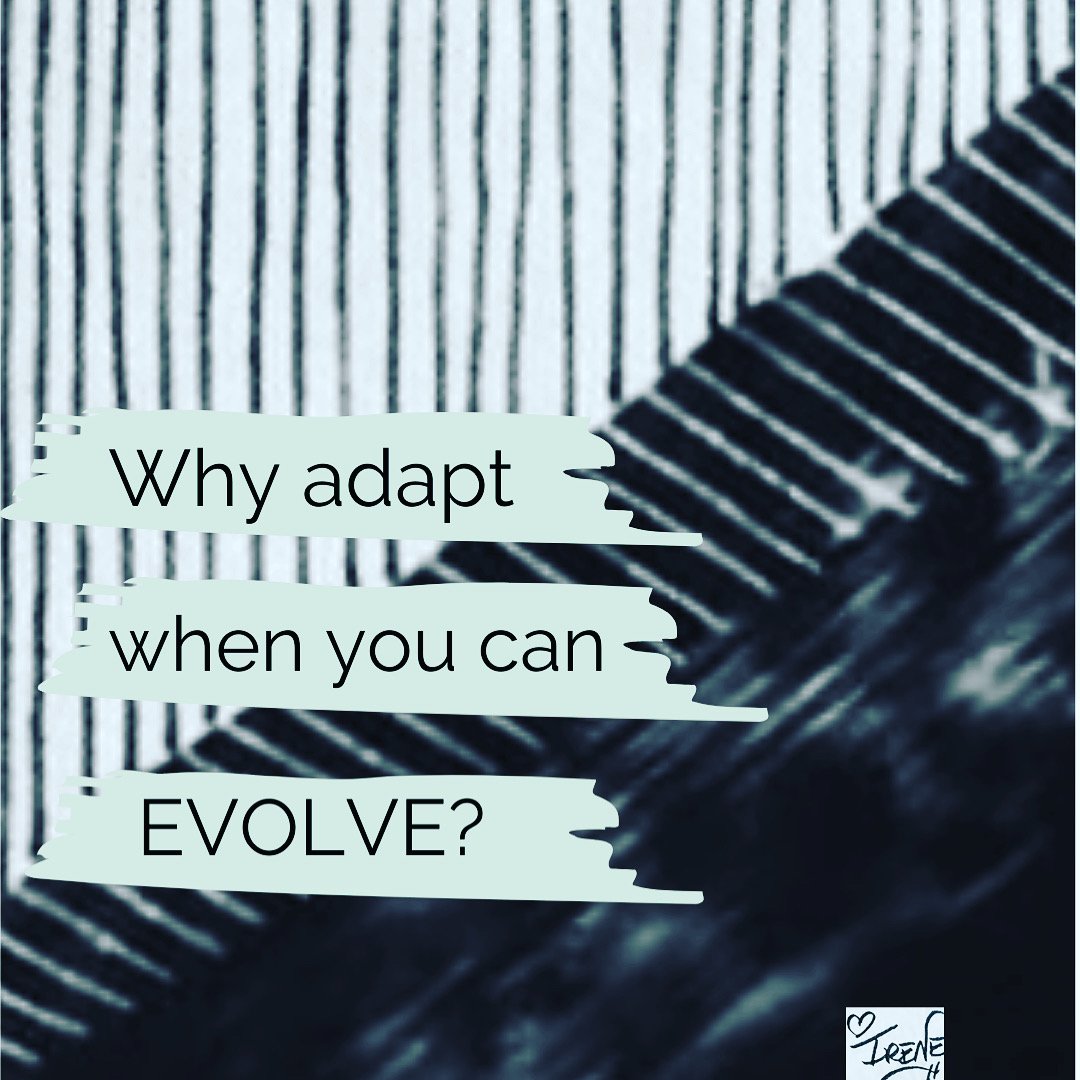 Why adapt to stay functional in a situation, when you can evolve and create a whole new circumstance? TWEET THIS