The Why Be Normal

These days, we’re hearing all sorts of talk about getting back to normal and how to face the new normal. It’s understandable that this would be a topic of conversation at this time in history. I’m recording this as we are coming through the year of the COVID-19 pandemic. But even before for a pandemic struck, you guys, I have been focused on the Why Be Normal for several years now. I’ve made it a common practice to question with curiosity, not outright skepticism, which may be more of my past nature. But I question with curiosity, and part of that is to ask “who says?” when there’s some expected norm or some standard that everybody seems to follow or adhere to, I’ve come to a place where I’m questioning with curiosity. And I want to know “who says I have to do this? Who says it works like that?”—that kind of thing.

So why be normal? I wanted to explore the Why Be Normal. Of course, we are tribal species, we humans, and we need to work together. There’s benefit from some collective standards. We all know when the store’s going to open, we all know there’ll be stuff stocked on the shelves of the store when we need it. We as individuals benefit from some normal activities such as daily grooming of various sorts, you know, some expected normal things are certainly understandable and useful for all of us. But there are many things that all of us, so many of us in the civilized world have come to expect as just how we do things that are absolutely open for scrutiny and questioning who says.

I’ll give you some examples that I have applied in my own life in the last few years, that really made a cool difference for me.

The first one is… who says three meals a day is the way to go? I have learned about how our body works and how our body tells us when we have enough fuel food on board. And if we’re not hungry, we shouldn’t eat. And that gives our body time to use the fuel that’s already stored so that we can stay focused and avoid the brain fog and not eat unnecessarily just because we are lacking some food fuel energy. So I learned to question the three meals a day, ‘cause I found that I absolutely didn’t need it. And even if you do a little research, a quick Google search comes up with a lot of answers for you. You’ll see that who says about three meals a day actually relates to the industrial revolution and the concept of working hours, and when you would expect to eat and sometimes there’s even accommodation so that there’s more commerce happening—whoever’s selling the food, that kind of thing. So, you guys, the industrial revolution was a long time ago. We are living in the technological revolution. And even just based on how our days work, we can ask “who says?” about three meals a day; I certainly have. And basically I’m an OMAD, I’m a one meal a day kind of gal. I have, I eat twice, no snacking, because when you eat well for your one meal a day and your smaller meal, you’re not hungry. And you listen to your body and things work better for you mentally, physically, better skin. So—who says three meals a day? Bah humbug! I questioned it. And I landed on the side of Why Be Normal.

Another thing a question is what’s up with weekends?
When did we get this Saturday, Sunday thing? It’s abundantly obvious for two very major religions that we would have holy days and days of rest, but how did weekends as a concept come to be? Surely people in ancient times, didn’t say, “oh, Friday evening, see you on Monday!” This has to be something that evolved in our society. And again, a quick search on the Google will unearth some research that shows you, again, this kind of goes back to industrial revolution and we’re running batteries and we’re making things and there needs to be time for consumerism. So suddenly some people carved the path or a two day weekend time off. And again, I’m speaking how it works here in the corner of the world where I live, that we respect this weekend concept. But for me as a business owner—and I have worked from home for 20 years at the time I’m recording this—I have been independent in my business for over 11 years. And though my clients keep normal business hours and they certainly work Monday through Friday, that kind of thing, and I honor and have to respect that so that I can provide the services they need at the time when they need them, I have also come to embrace some freedoms that I’m allowed because I manage my time well. So, though certainly the weekend comes and everybody in my world is celebrating the weekend, and Monday comes and it’s back the grind, so to speak, I’m choosing to do the Why Be Normal and live my life with such a perspective that I’m not just grinding, grinding to get to the weekend. I’m living in such a way that I’m making the most of my days. And if that means there’s some flexibility during the week, because I need to get other things done or things I want to do, I’m allowing that. I’m not living tethered to the concept of five days a week, 8 to 5, celebrate Friday evening coming and zone out for Saturday and Sunday. Why Be Normal? Why? What’s the point?

And then also, another example of the Why Be Normal is how I look at my age and stage of life. A lot of people who have crossed the milestone birthday that I have living on this earth— for five decades, y’all—start to incorporate speech about “ugh, an ache or a pain there, all, this is just what happens when you cross over into the next decade.” And I have to say, that’s never been my normal. I actually very foundationally and innately have never…I’m aware of my age…never paid a ton of attention. And I’ve certainly made it my practice to not assign anything to my age. Like, “well, this is just how it is; so here we go.” Or I’m going to expect some pitfalls at this certain age. Frankly, because of the first two things I’ve just mentioned in large part, I mean, I feel great. There’s nothing I assigned to my age. There’s nothing that I look at regarding my age and say, that’s just normal. I’m from the Why Be Normal camp! I have had people say you know, they’re talking about an ache or pain, and you know, “well, it’s because of my age; Irene, you’re the same age, too.” And I’m like, I’m the same age, but I’m doing it really differently. I am coming from a place of Why Be Normal. And I acknowledge I have a chronological age. I’m totally good with it because I feel great and I am not defined by it.

So those are just three examples of how I’m going for the, why be normal instead of the normal or the new normal. I want to define as much as I can. I want to invent my own present and future and any chance I can go off script and do it better for me, that’s the way to go. So join me, join me over here on the side of why be normal. Let’s go off script let’s question with curiosity, let’s look at a standard and say, who says, and when did they say it and how out of date might it be? Let’s consider something new. And on the other side, it’s pretty cool. 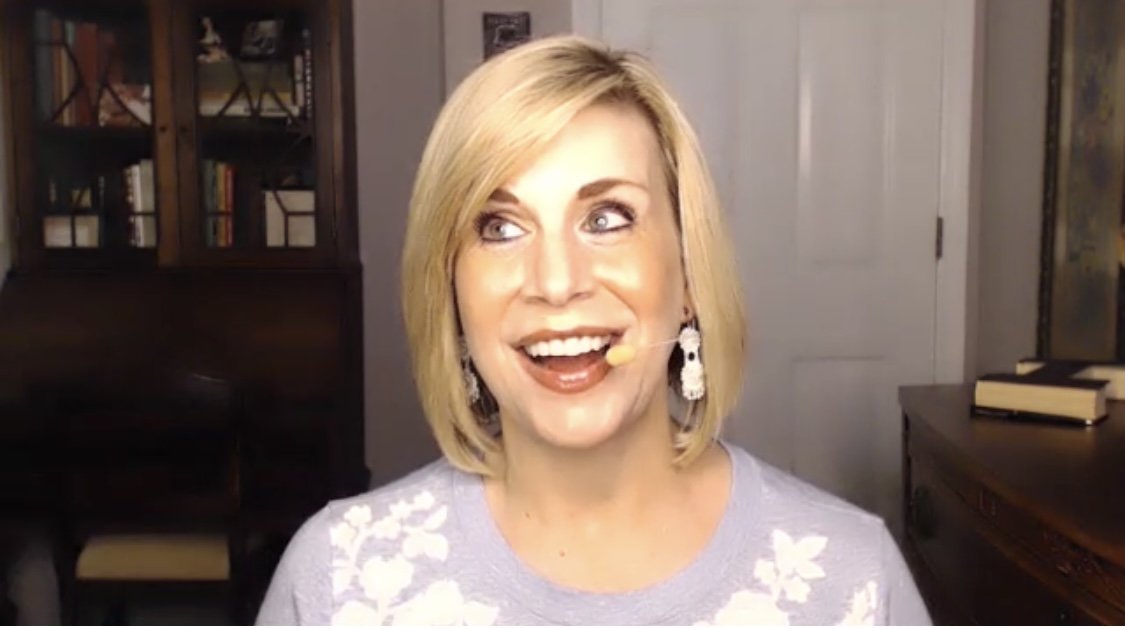 While everyone is talking about getting back to normal and the new normal, I'm all about the Why Be Normal! Let's go off script, y'all!. TWEET THIS