The Role of a Dad in His Daughter’s Life

I want to take a moment and talk about my dad. My dad died many years ago, unexpectedly at age 59. He would have been 82 on his most recent birth date that just passed, which is why he’s ever present on my mind right now. Actually on the occasion of what would have been in his 82nd birthday, I shared a social media post, just a picture of his smiling face and said “if you ever want to hear my take on the important role of a dad in a daughter’s life, just ask me” on that post. One person said, “I’d love to hear your story.” Literally, just one. And I was like, there’s my cue that talk about my dad!

My dad was not a perfect man. Nobody’s perfect, of course. But I am really, really blessed that I grew up with an excellent father.

I say he was an excellent father, not because of anything other than how he demonstrated his love for us. On his headstone when he died, I chose the phrase “he loved in word and deed.”

He always told us he loved us. He was not necessarily the most overtly expressive man, but he told us he loved us. He expressed that. He was actually relatively quiet. He was a salesman. He had a very good personality, and he was excellent at interacting with people, even those he didn’t know—that kind of thing. But he was not this boisterous, way over the top personality. But he expressed himself. But it’s that “in word and deed.” In his deeds, he showed us—me, my mom and my brother,—how much he loved us and prioritized us.

Those deeds were often really sacrificial. A very good example I can share with you is during my high school years, I took some voice lessons. We lived in the Houston area. We were in the Southwest suburbs and my dad ,after spending a long day working, doing his salesman thing, would drive from the heart of Houston down to the Southwest suburbs…which, if anybody knows that area of the country, it can be quite a journey., even if you’re in the same Metro area. He would get home, pick me up, and we would get back in the car and drive all the way back into Houston to where my voice teacher’s home was. My lessons were in her home. He did that peacefully, happily, never a grunt, never a groan. He would take his Reader’s Digest condensed books and sit in the car during the course of my voice lesson, waiting on me. And I’d walk out after I was done and off we went back home—after that long day of work and all that schlepping in Houston traffic. He was always willing to do that, to give me great opportunities and to see me excel.

It’s because of his example…and he really did set the bar high because of how he prioritized us in word and deed…that I had incredibly high expectations for relationships in my life. Without getting into the whole nitty-gritty story, when I was in a relationship in which I was not shown the level of love and priority that I knew was essential and deserved in my life, I didn’t remain in that relationship. I think because my dad was a really good dad and good to my mom—oh my gosh, really good to my mom—I had this perception that that was the norm. I had to get out and live life on my own as an adult to realize that that isn’t always the case, unfortunately. That is not how the script is written for many lives. And so I had to come into that realization on my own.

And so I went from an expectation that all would be well in all my relationships because that’s what I had been blessed in my growing up—I had a really great root system—to realizing that not all would be well in all relationships. But because of my solid root system, I could then take action and make decisions accordingly because I respected myself because I had grown up in a home where I was respected and valued.

My dad. again, just a, such an essential part of who I am, how I was raised. We lost him unexpectedly and way too early. And once he was gone, I realized in dealing with my mom directly without his presence the very important role that he had played. Even though many times in our home, my mom had seemed to be the more dominant parent in some ways, without him there, I clearly saw even more than I had already realized that he was pivotal to how I grew up.

A little side story. This is one of my “life’s poetry. God-nod, miracles happen in many forms” kind of stories.

My dad was in a car accident. This was not long before he passed away. And at the point that he was in a car accident, my mom was actually not in the Houston area. She was many states away spending time with her mother who was dying. My mom had had an extended stay to make the most of the remaining days with her mom. But when dad was in that car accident and I was by then a grown adult living out on my own, my mom called me because she was going to have to rush back to Houston to help take care of dad. All the while knowing my grandmother might pass away, she called me and said, “you know, if your grandmother dies, you’ll need to fly to Houston to be with your dad so I can go to my mother’s funeral.” And I literally prayed after I hung up the phone, “please let my grandmother live long enough for dad to heal” because I didn’t want to miss my grandmother’s funeral. But in short order, my grandmother did pass away. My father was not healed from the car accident. He had some breaks in his leg and could not navigate the stairs in their home, that kind of thing. So I had to fly from where I live all the way back to Houston so Mom could fly to be at her mother’s funeral in.

In a plot twist that I had prayed against, it turned out to be the most beautiful blessing.

I had several days, undiluted time with my dad, just the two of us. When, did that ever happen in my life? My parents were married. They were together. So we, I never had a time that it was just truly only me and dad for days like that. And because we were there under circumstances of my grandmother passing away, we talked about some big life stuff. He was pondering the fact that he was 59 and that he would be 60; entering that next decade kind of blew his mind. We had just some really amazing discussions and just, honestly, some quiet time together where I was enough into my adulthood, I took care of what I had to for him in his hobbled state. And he later shared with my mom how special that was to him, that I boiled his egg—even though I didn’t really know how to do that (still don’t!), that I emptied his little canister cause he had to urinate next to where he was sitting most often. And you know, a younger me might’ve been grossed out, but adult mean was like, “got to do it to ake care of dad, no bigs.” And again, he shared with my mom how much that meant to him.

And then a couple of weeks later he died. There were blood clots that formed around the breaks in the leg and that’s what took his life. And when I found out he had died, I was completely shocked. It was one of those where I cried out and screamed “NO” so loudly—as if the loudness of NO might reverse reality.

But you guys, I can tell you almost immediately. I was like, “oh, thank you God, for the gift or those days with my sweet dad!”
Are you kidding me? How beautiful was that?

We had no idea he would be gone. And I got the gift of those amazing undiluted days one-on-one with my dad.

He loved in word and deed. He’s a big part of who I am and how I face the world. I fully acknowledge I was granted a really solid root system in my life, and my dad was a massive part of that.
For that I’m immensely grateful. 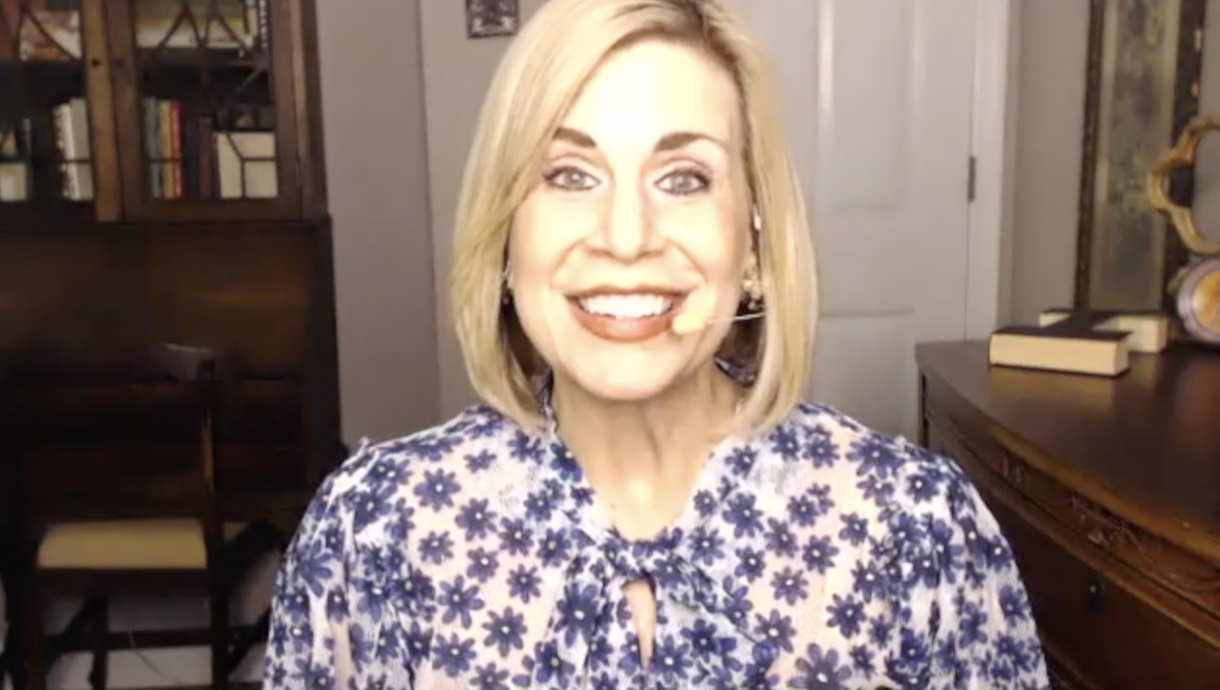 if you ever want to hear my take on the important role of a dad in a daughter's life, just ask me. TWEET THIS