Meet the Other Irene Williams

If you’ve been waiting for a really good domain name to become available, proceed with caution when it finally does. Especially if the domain is your actual name.

I’ve been keeping my eye on irenewilliams.com for a long time. Somebody else had it locked up for years but wasn’t actively using it. Maybe once a year or so, I would check to find it still unavailable yet not in use. It was a little bit maddening. (Also maddening? The rogue Irene Williams on Instagram who has—but is not using—’my’ Insta handle—grrrr… But I digress).

As you might’ve surmised by the web address of this page you’re reading, irenewilliams.com finally became available, and I promptly pounced. Glory be! I scored my long-awaited ‘dot com’ and immediately started to build the site and set up an email address.

Y’all—within minutes of creating the email address, the creepiest thing happened. I received a message. Yes, a message came in literally minutes after I opened the account. What in the world?! Was my new domain’s email already being spammed? How did they find me? The message itself was fine—an announcement from an art festival in Albuquerque. But still!

A few minutes later, it happened again. And then again. A message from Southwest Airlines. A promo from Nordstrom. I was so disturbed. In a frenzy, I sent a cry for help to my go-to web developer, asking her for any theories as to how my brand new email address was already getting messages. I searched Google and sent an inquiry through live chat to my site hosting company. The rep who responded was appropriately concerned but had no immediate answer.

Then—mid-live chat, it hit me.

These were emails for the ‘other’ Irene Williams. Of course! She’d not only had the domain name; she’d used the same email address, too. I was receiving messages for her…whoever she was; nobody was spamming me.

I excitedly typed my revelation to the live chat rep. I solved the mystery!

My thrill was cut short as the lightening bolt thought struck me: this newly acquired domain had a history. In my excitement to purchase and start building, I hadn’t thought about who’d owned this domain or how they’d used it prior to it going dormant. But I had to find out! Off to the Google I went, quickly digging to piece the past together.

With a few clicks on the Wayback Machine, I was introduced to her, the ‘other’ Irene Williams. Armed with that first nugget, I was able to learn more from subsequent, targeted searches that led me to her social profiles.

She worked as a realtor until she lost most of her vision in 2012 and could no longer see or do the things that the career path required. She’d used the domain name for real estate but let it fall dormant after she had to quit and “reinvent herself” as stated on her LinkedIn profile. Eventually, she had a leg amputated and faced at least two rounds of extremely trying rehabilitation amidst increasing struggles with her health. She was single, Jewish, a rabid fan of Jared Leto and 30 Seconds to Mars, a fervent democrat, and lover of a certain spot along the California coast.

That’s where her ashes were returned to the earth after she died a few years ago. She was just a couple years younger than me.

It’s an interesting thing, ‘meeting’ someone bit by bit, by way of her amber-encased social media posts after she’s died. It’s like studying the underside of a patchwork quilt with all its loose strings, stitches, and patterns in reverse and then turning it over to see the creation in its complete form. I already knew where her ashes were laid to rest when I started piecing more of her life together. That made it all the more poignant to read her 2011 retweet “who will miss me when I die?”, her 2013 lament “Ugh. I don’t want to do this anymore…”, and her sharing the meme “The trouble is, you think you have time” posted when she only had four more years to live. I learned of her pain after her mother died on Christmas Day 2012, frustration in loaning money to a friend who didn’t pay her back, and ache to have someone to cuddle with yet be all alone. In between these especially revealing posts, she shared things that told of her interests, humor, and personal musings.

That’s the stuff of life, isn’t it? The main themes interspersed amongst the mundane. The long, lonely days that culminate into shockingly short years. A plot that seems to unfold slowly yet reaches the end all too soon.

“…my life took a very unexpected turn… I’m in a position where I have to adapt and make significant changes to function…”
– Irene Williams, human – “engineer of a new life”

Now that it’s my turn with this domain, I am drawn to these words from Irene’s LinkedIn profile. They align so well with my core purpose for this site. I want to help you conquer the stuff that sucks your precious time and energy so that you arrive at every point in life—especially the very unexpected turns—with more strength and less complication. I surely do wish I’d had these lessons before I faced some of my toughest seasons; if I’d had my spin-cycle issues tackled, I could’ve navigated the unexpected turns so much better.

Nobody is exempt from hard times, dark days, and challenges, but everybody can be the engineers who make significant changes to function more adeptly, more meaningfully in this human experience.

So, other Irene Williams, I’ll take it from here. 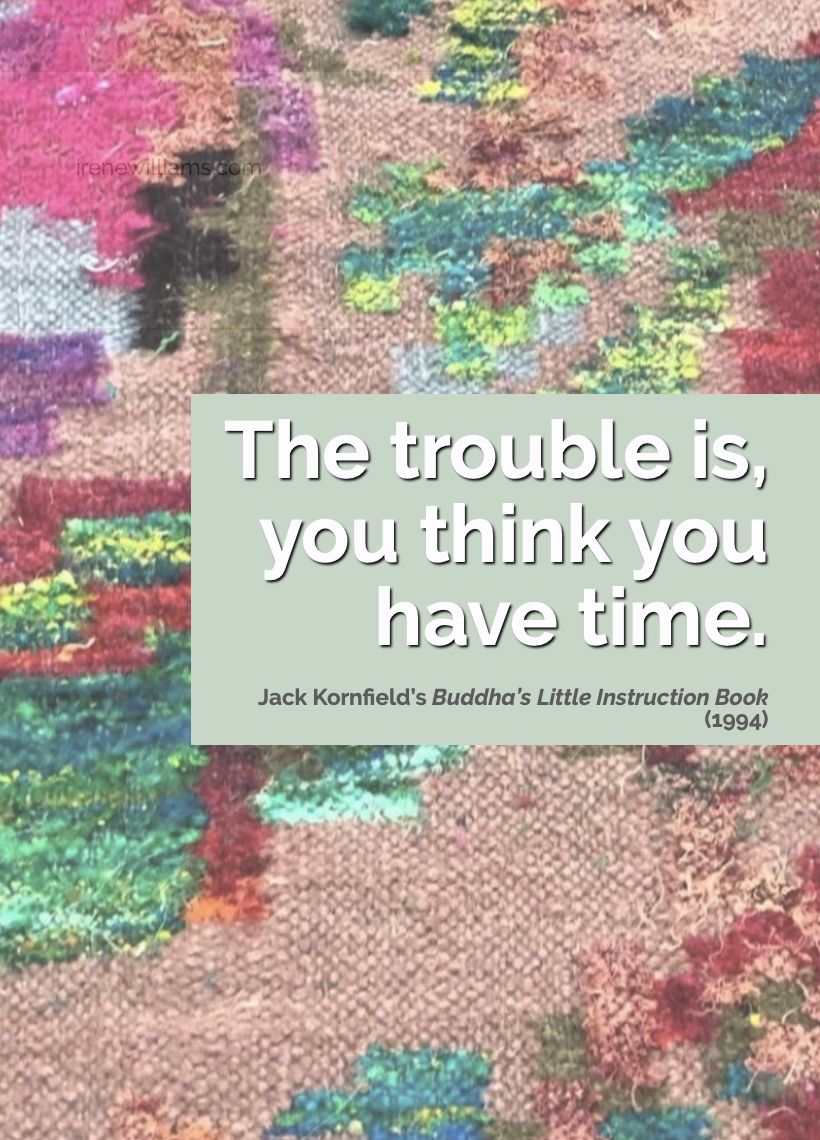 Nobody is exempt from hard times, dark days, and challenges, but everybody can be the engineers who make significant changes to function more adeptly, more meaningfully in this human experience. Click To Tweet