Is It Time to Uplevel?

When I was a little kid, I remember being praised for sitting still during haircuts at the salon. I was a child, but I was keenly in tune with the fact that people were very pleased when I sat still and made it easy to get the trim I needed on my hair. And then there was one year at some point when it struck me as a kid that I was no longer getting praised for sitting still during haircuts, because I had reached the age where that was expected. Of course I should be old enough to sit still during a haircut, no big deal.

In my adulthood. I remember there was a time I was renting a home and the hot water heater went out. It was an inopportune time to get in touch with the property management company to try and resolve it in such a way that I wouldn’t be without hot water for a long weekend. So I took care of it on my own. It was a rental property, but I found the resources and paid directly to have that hot water heater replaced so that I could get back in business in the home. Even though I was renting it, I considered it very much my home. And of course, then I made accommodations to have that amount deducted from my rent the following month. But it struck me: I had arrived at a place where, of course I able to just take care of such matters, and I was completely ready to go ahead and be a homeowner, by golly. I had reached that place where that was the standard and expectation. It was no longer some big gyration or big deal to do something of that nature.

I give you the two examples to invite you to look at your life right now, as I’m looking at mine and going, “what, what’s the new standard, what’s the existing standard and how can I uplevel from here?” There are times where I think we can get to accustomed to receiving praise for things that we’ve been really great at for long periods of time, or we’re able to do things and strike out on our own in certain ways and yet we’re not then taking action beyond that because of what that ability represents in our lives.
So what can we do to grow beyond where we are now?

We are often told, and I do not think it is inaccurate, that we need to be very grateful for where we are. On social media and online, you’ll see a lot of memes that say something to the effect of “your job is the jobless person’s dream, your house is the homeless person’s dream, your relationship is what so many lonely people would wish for.” It struck me recently…just the other day, I saw that very meme floating around, and I realized that can be a human tendency to allow that appreciation to limit us. I acknowledge I live in a lovely home. I acknowledge that my work opportunities are excellent. I acknowledge I have beautiful relationships in my life. But that does not mean that I wanna stop where I am. I’m hungry to grow. I wanna get old enough that I don’t get praised for the same things anymore. That it’s just expected of me to be wonderful at certain things that I do. I want to grow such that just because I can pay for what I have now, doesn’t mean that I need to grow and expand and invite more into my life.

I will say this is not necessarily about a quest for better, because I think that is a relative term and a lot of people falsely believe that the next level will bring more happiness. And I’m using air quotes there because happy is a very subjective, relative term. How happy you are now is likely representative of your level of happiness wherever you’re gonna be in life. There’s something called hedonic adaptation. And that refers to this reality that we, for example, get the new car. It’s amazing. It smells nice. It’s got all the, these cool features on the dashboard. It’s got the sunroof and the seat warmer, and we love it. And we find reasons to be out and about in the new car. Within six months, It’s the car that we have. It’s the car that we drive. We almost forget it’s a new shiny deal because hedonic adaptation means we revert back to the level of happiness that was most in place to begin with.
So to think for next and new or different is truly just that. It’s not about happier. It’s not about better. It’s not about best. It’s just a human desire that’s in so many of us to go for what’s next. So be grateful for where you are – yes. But open your eyes and see what could or perhaps should come next for you to reflect your ability to grow and change and evolve.

This is not a quest for being happier. It’s not an a quest for signaling socially that you’ve arrived at a certain place. As a matter of fact, I make it a goal to say “who cares” and “who says” about what everybody else thinks. I just wanna grow, go, and expand for myself – to just wow myself to see what can be next. I focus on the intentions I have right now related to my personal happiness and my personal fulfillment and my personal peacefulness. And I believe those are the things I carry with me even as I grow. As a matter of fact, I believe they can be a foundation to help me grow.

I just wanna keep looking ahead, and I hope you might be inspired to do the same.

Thanks for being here today, you guys! 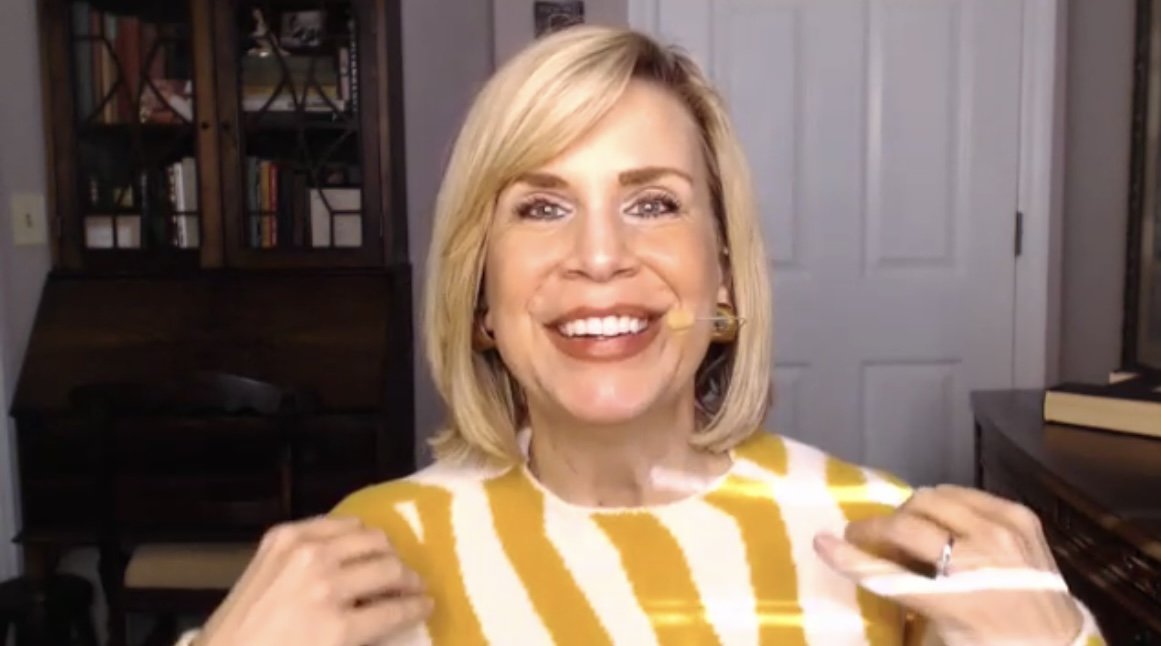 Going for what's next is not about being happier or getting more. It's about wowing yourself and growing into your fullest potential. TWEET THIS